In their simplicity and unselfishness, these great wise people of the past have not left us stone temples or monuments, but a beverage that is truly amazing due to its alchemic perfection. The live essence of nature embodied in this liquid can heal body and soul, and is able to arouse spiritual memory and align human beings with the actual purpose for their existence.

In addition to its incredible spiritual strength, Ayahuasca also surprises for the perfect chemical fusion of the plants contained in its formula. It is composed of the leaf of the Psycotria Viridis plant, also known in Brazil as chacrona or rainha (queen), and the Banisteropis Caapi vine, known as mariri or jagube.

The chacrona leaf contains a substance called dimethyltryptamine, or DMT. DMT is naturally produced by our bodies and its function is to activate the brain, awakening some of its latent capabilities and expanding our consciousness, intuition and reasoning skills. But pure DMT, isolated in a lab setting, can cause disruptive effects in the human body when ingested. If the presence of DMT is detected in the body, the pineal gland produces an enzyme called monoamine oxidase (MAO), which blocks the effect of the DMT. Therefore, in order to produce any effects on consciousness, an overdose of DMT would be required in order to overcome the production of MAO by the body. This would cause the pineal gland to attempt to produce increasing quantities of MAO, and this excessive effort would result in exertion of the brain and the body as a whole, rather that strengthening it.

The mariri vine, however, contains alkaloids harmine, tetrahydro amine and harmaline, which inhibit production of MAO. Thus, the small and harmless dosage of DMT present in Ayahuasca can act freely on the brain, without wearing out the body.

Considering the huge diversity found in the Amazonian flora, we can conclude that it would be impossible, simply by chance or by experimenting, to discover and mix these two plants to obtain the desired effect. Also considering the fact that Ayahuasca has been used for generations, from a time when current technologies were not available, we can’t help being completely flabbergasted and in awe of the skill and knowledge shown by the ancient peoples that discovered this potion.

In addition to its chemical properties, Ayahuasca amazes us for its spiritual essence, its deep wisdom and the message of love and life it presents us with.

Ayahuasca is a live and intelligent being, a spirit of nature, which interacts with humans, speaks to the deepest recesses of our soul and teaches us how to break free from the stupor of our conscience to live in freedom. Acting directly on our DNA, this sacred medicine awakens the ancestral memory that lies in our being, bringing the light of our original essence to the surface.

It also teaches us to heal our emotional wounds, purging ourselves from bitterness, resentment and sadness to realign with the pulse of life running in our veins. In this deep journey, all the veils of internal hypocrisy are torn, so that we face the root of our fears and anxieties, the shadows of our illusions, while traveling through the most obscure and abandoned recesses of our soul. Thus, Ayahuasca exposes us to the whole of who we truly are, and all that we contain deep inside, promoting a raw experience of the amount and the consequences of our lack of love towards ourselves. Correspondingly, it awakens the best in our entire being and offers precious practical teachings on the healing power of love.

Ritualistic consumption of Ayahuasca is allowed and protected by Brazilian law. Ingestion of this beverage is an age-old practice among the indigenous peoples of the Amazon, and expanded to other regions of Brazil in the second half of the 20th century. The polemic about its psychoactive properties aroused the concern of Brazilian legal authorities, which led to a comprehensive investigation in 1986 and 1987, under the Conselho Federal de Entorpecentes – Confen [Federal Council on Narcotics]. The task was assigned to a multidisciplinary commission whose composition included doctors, psychologists, sociologists, theologists, anthropologists, philosophers and psychiatrists. The study concluded for legalization of the use of Ayahuasca, since the communities studies showed health, education, social and economic levels similar to or higher than regional rates and no dangers or toxicity was detected in the beverage, nor any potential to cause addiction.

The altered state of consciousness produced by ingestion of Ayahuasca can hardly be mistaken for a hallucination. The visions presented by the potion speak to the soul, they contain messages, instructions and teachings, unveiling a far-reaching internal universe which is crystal clear and connected to daily life.

Drinking Ayahuasca is an internal experience, a leap into the nature of our own soul, a confrontation with our internal ghosts and an opportunity to retrieve the wisdom that lies in the essence of human beings.

Rudá Iandê
Shaman
Rudá Iande is a contemporary shaman. Initiated from the beginning in the ancestral traditions, for more than 25 years investigate human nature to start from the most diverse scientific and spiritual perspectives and present methods to promote self-knowledge and personal development. Their work is truly worldwide and there are many thousands of people transformed into their lives. 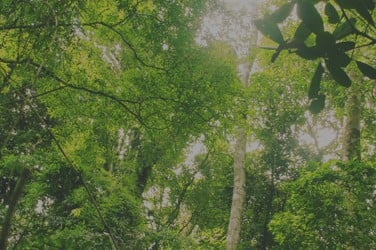 What Shamanism Can Teach Us Today

Shamanism In The Modern World

The air you breathe: 6 powerful keys to discover the power of your breath

Coronavirus and the apocalypse: 3 lessons we must learn to guarantee our survival

What’s the point of life when it can be so easily taken away?

Living your purpose: An interview with Rudá Iandê

Subscribe to keep posted about new activities, articles and videos